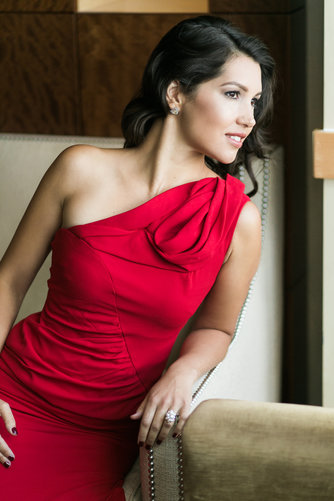 Sara made her Metropolitan Opera solo debut in the lauded 2018 production of Cendrillon as a Spirit and Servant. Other noteworthy performances include the title role in Gilbert and Sullivan’s Patience and Celia in Mozart’s Lucio Silla, both with Odyssey Opera and conductor Gil Rose, Strauss’ Four Last Songs with the Xalapa Orchestra and guest conductor Donald Palma, a role debut as Violetta in La Traviata with Opera in the Heights in Houston and conductor Enrique Carreón-Robledo, a Symphony Hall debut as Papagena with the Boston Youth Symphony Orchestra and Federico Cortese, singing Amore on the Grammy-nominated recording of Monteverdi’s Il ritorno d’Ulisse in patria with Martin Pearlman and Boston Baroque, and her portrayal of Miranda in the US premiere of Tod Machover’s Death and the Powers for which she was praised for her “daunting power and agility in the stratospheric notes of her final scene,” and was singled out as giving “the finest performance of the evening.”

Sara is currently a member of The Metropolitan Opera Chorus.
Proudly powered by Weebly